neal adams has become on his own merits one of the best, if not the best, cartoonist of Batman of history He also managed to modify the foundations of the DC Universe, creating a style that many other artists would copy years later. His excellent works with the hero duo Green Arrow Y Green Lantern and having been the architect of the creation of the villain Ra’s al Ghul, turned the American cartoonist into one of the favorites by fans. Although it is true that we can still see his recent works, such as Batman Odyssey (originally published in 2010 and last year in Spain), many readers who have recently approached the publisher’s publications DC Comics, have not been able to enjoy the good work of Adams. This is why the arrival of this volume, under the title of ‘The DC Universe of Neal Adams’is an excellent opportunity for all of them to learn about the origins of this artist.

The publication of ECC Editions It moves away from the ones that Planeta DeAgostini Comics brought us a few years ago, where each issue was focused on a hero, like the ones mentioned above. This volume does not intend to collect the best stories of Neal Adams at the helm of the main characters of DC Comics, but instead seeks to show us the first works of this author. 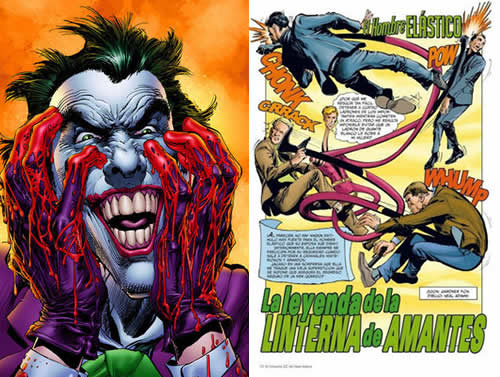 Thus, after an introduction to Paul Levitz and Neal Adams himself, we find a compilation of a large number of comics. Starting with a story called ‘The Legend of the Lovers’ Lantern’, originally published in November 1967 within the comic ‘Detective Comics #369’, where we see a curious story of the Elastic manuntil concluding with several warlike and fantasy issues that appeared in the series ‘Our Army at War’ (#182-183, #186 and #240) or ‘Star Spangled War Stories’ (#134 and #144).

But this careful volume is not limited only to collecting these stories, but it becomes a volume worthy of any collector or fan of the cartoonist, since in addition to containing numerous unpublished material in our country, we have several rarities, such as a story of Superman edited entirely as a sketch (‘Amazing World of DC Comics Special Edition #1’) or a tribute to 9/11 where we see the Man of Steel next to the heroes and debris from the catastrophe of the Twin Towers.

The quotes we find from Adams himself will help us understand the development or creation of certain illustrations or costume changes in some characters. Along with Adams’s drawing we find stories that belong to works written by artists of the stature of Gardner-Fox, Len Wein either Robert Kanigherwhile we also came across collaborations such as Sergio Aragonese (‘Fanboy #5’) or Joe Kubert among others. The first few pages also include a story written and illustrated entirely by Neal Adams, the one concerning the teen titans (‘Teen Titans #20-22’), composed this time by Robin, Speedy, Wonder Girl and Kid Flash.

We are thus before a volume that compiles the first works of this classic and realistic artist for DC Comics, although due to copyright, his interventions in the series on Bob Hope and Jerry Lewis are missed. Unfortunately, one of the problems that we find in the volume is that some of the stories only include the part concerning the artist’s work (‘Justice League of America #94’), so the volume is limited to collecting the works of this , ignoring any link between stories. That is why the target audience for this comic is, as I have already mentioned, both the collector or nostalgic, as well as those who want to get closer to knowing the origin of one of the best cartoonists who has passed through DC Comics.

Edited by ECC Editions in a careful hardcover format, this volume consists of 192 color pages for a recommended price of 19.50 euros. As for the extras, we could say that the entire volume itself is a great collection of them, since among their stories, we have notes and sketches by the artist.

   The most brilliant and spectacular Universe seen by the cartoonist who changed the world of comics!

From the beginning of his career, neal adams has continually reinvigorated the world of comics with its stylized and dynamic storytelling. Since the publisher julius schwartz Commissioned Elongated Man companion pages for Detective Comics, Adams has captured our imaginations with his bold vision of the DC Universe’s greatest heroes.

Now, readers can see how a new era in the world of comics took shape with the appearance of this definitive artist. This volume showcases his first forays into DC’s rich tapestry of masked vigilantes and war heroes, plus rarely seen before illustrations and sketches.[/note]

‘The DC Universe of Neal Adams’


Discover our social media profiles and other related pageshttps://orifs.com/related-pages/